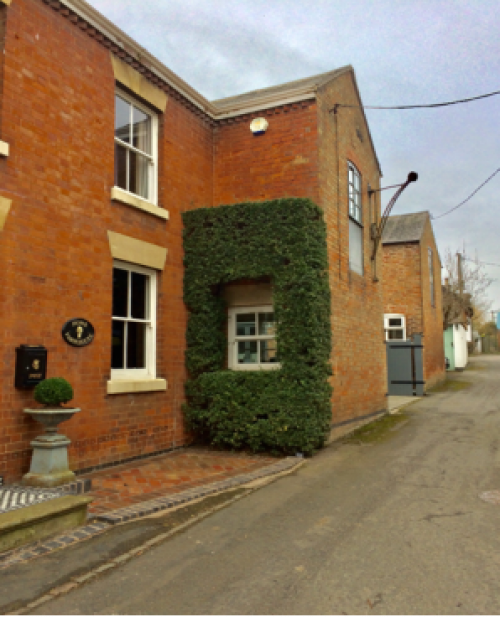 Original Use: Became bake house in 1890

In 1890 Mr Robert Gardiner built Home Farm and the bakehouse on the site of a malt house when baking was transferred from its original site on Bake House Lane to Home Farm where the original Goodwin & Barsby oven still remains although not in its original position.

The teagle hoist which was used for lifting grain into the building is in good condition and sits in a prominent position and can be seen if walking the Leicestershire Round as the footpath runs by the house.

Historically the bakehouse would have had an important role providing food for the local community.

Robert Gardiner was born in Kibworth in 1859. By 1881 he and his wife Jane were living in Bakehouse Lane and their three children were all born in Saddington. In census returns Robert describes his occupation variously as baker, grazier and/or confectioner. His son, Thomas (1885-1969), became a grazier in Saddington and daughter, Bertha (1889-1973), was a music teacher in the village.

Home Farm, the Bakehouse and Harlain Cottage (Grade II listed) provide a structural relationship reflecting several centuries of continuity at the heart of the village. Several independent businesses operated from Bakehouse Lane, reflecting the pre-industrial period in which industries were cottage-based.

Goodwin Barsby was founded (in partnership with Samuel Bailey Goodwin and others) by Robert Pochin in 1875. Original location was the St. Margaret's Ironworks near the canal in Leicester. The partnership dissolved in 1895 when Pochin bought out his partners to become sole owner. His sons, Robert and Harry continued the business after his death in 1906. After many takeovers and management buy-outs, the firm is still operating, now based in Coalville and manufacturing heavy-duty stone-crushing equipment. 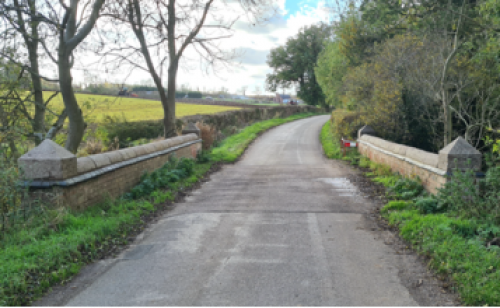 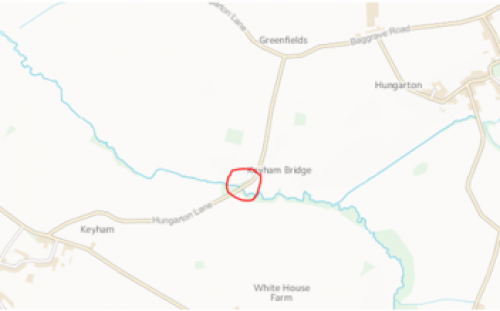 Road bridge over the Barkby Brook, was built in 1832 at a cost of £140. Unusually decorative for a minor route. Use of non-local materials and size of bricks suggest it post-dates the arrival or railways.

Distinctive use of grey granite for capping of parapet walls with distinctive pyramidal copings on the piers. Rest of bridge is in red brick with a blue-brick 'skirt' beneath the capping.

A good example of a local bridge. 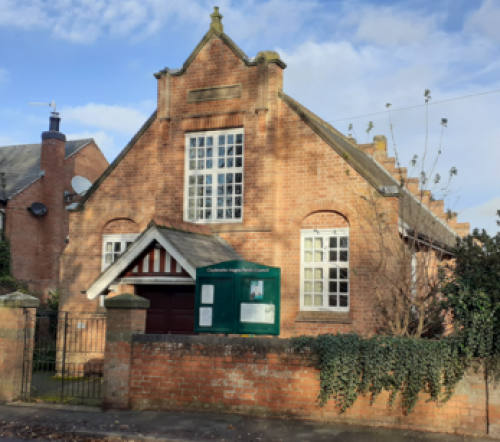 A good example of its type. Decorative gable façade with multi-pane windows. Flemish bond brickwork with decorative details throughout and stone cappings and a prominent front porch with half-timbered detailing. 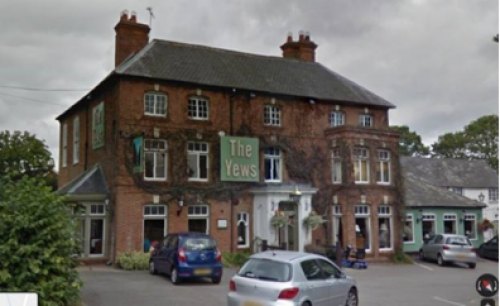 Located at the junction of the London turnpike and the road to the former Station. Likely to have had an historic economic role associated with links to national transport.

Historic maps suggest historic stabling to the west which is now converted into housing. 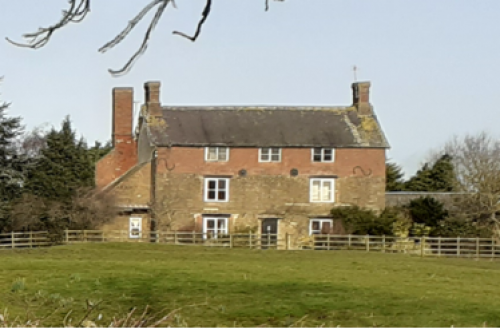 Likely 18th Century Farmhouse with possible older core. Part of the shrunken settlement of Cold Newton. 3 storeys with Ironstone used for the lower two storeys and a later top floor added in brick.

A good example of a local farmhouse which displays traditional construction techniques and shows the evolution of settlements. 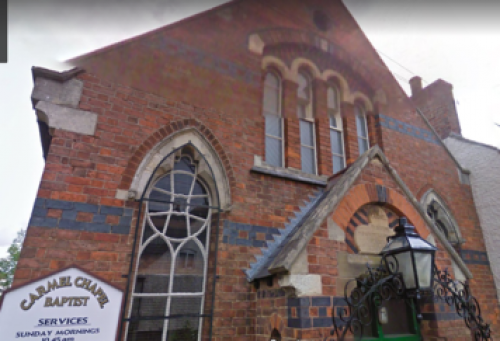 Good example of a non-conformist chapel in a village setting.

This chapel replaced an earlier Baptist Chapel of 1813 and the datestone from the older building has been incorporated in the new.

The building has a decorated façade with polychrome brickwork, arched windows with an unusual glazing bar pattern. A decorative iron overthrow with lamp site on the wall to the front. 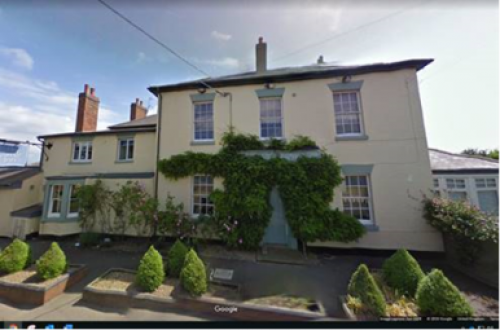 Building is understood to be a railway inn dating from the opening of the Rugby & Stamford Line in 1850 and is located on the former Nottingham to Kettering turnpike.

Well proportioned building with Georgian proportions and symmetry although is likely early Victorian in age. 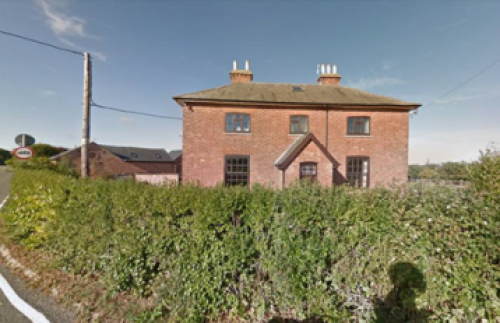 Is on a prominent road and junction which adds to its significance. 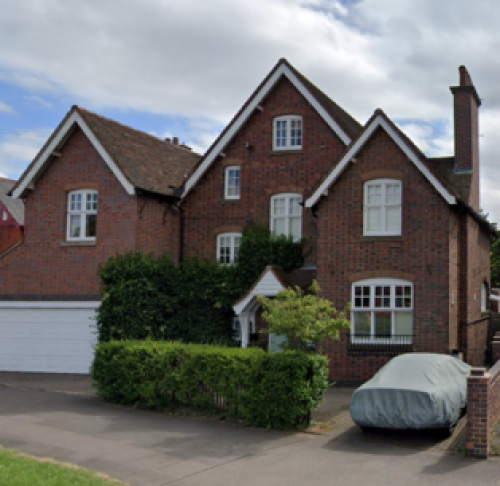 House, formerly St Aubin, built by and lived in by Waller Bedingfield, a prominent local and nationally recognised architect. Notable works include helping to design the Lutterworth Memorial Gardens. Primarily a commercial architect he designed many commercial properties in Leicester including the former Goddard Plate Powder factory (1932), which is grade II listed for its Art Deco design.

His father and brother were also notable architects working in Leicestershire in the late 19th and early 20th centuries.

Bedingfield was part of the notable practice Fosbrooke and Bedingfeild, which designed many factories in Leicester, listed examples can be found at 78-80 Rutland Street and 60 Castle Street as well as the listed war memorials in Lutterworth and Claybrooke Parva

Bedingfield was also influential in the gift of Swithland Wood to the people of Leicestershire through his prominent position in the Rotary Club.

The house is a in an Arts and Crafts style with prominent asymmetrical gables fronting the main street. The house is well-detailed with a prominent porch in a rustic style, a tall chimney with decorative pots, brindle-mix bricks laid in Flemish bond, thin tile voussoirs and a clay tile roof with prominent gutter brackets.

A substantial two storey extension was added in the early 21st Century which has altered the proportions of the house, but much of the detailing has been carried through. 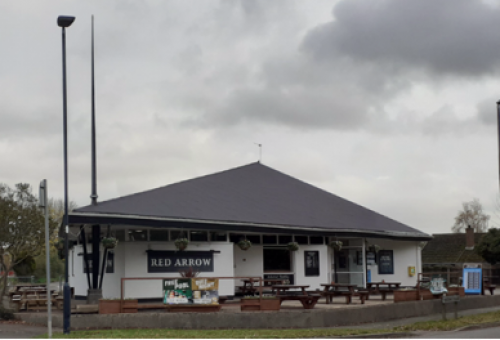 A purpose designed public house on the western edge of Lutterworth, presumably built to serve the recently constructed housing estate, but also built on the main road to the west of the town before the construction of the bypass to the south.

A house known as Ivy Cottage stood on this site, which was the junction of the Coventry turnpike and the road to the workhouse. This appears to have been demolished in the early 1960s.

An application for a petrol filling station was refused in 1960 but plans were passed for a public house by the Home Brewing Company Limited of Nottingham, in 1963 and then again in 1965 (/00267/LRDC). An advertisement application from 1967 (/A00110/LRDC) suggests this is when construction was completed.

The pub was built as the 'Flying Saucer' and the original advertisement shows a model of a flying saucer as part of the sign. The name was latterly changed to the Red Arrow.

The design is highly unusual being symmetrical in plan with a triangular roof which slopes from two storeys at the rear down to a single storey 'point' at the front. A tall spike feature supports the front corner and rises well above the building.

Original plans show the traditional form of public house with separate lounge and bar areas, but to a very modern design inside, which is not thought to survive.

The roof and windows are thought to have been replaced, however this does not diminish from the architectural interest of the property.

Overall the property design and naming appears to have been influenced by the scientific and space technology revolution of the 1960s, something which is very rare for the district and unusual nationally. 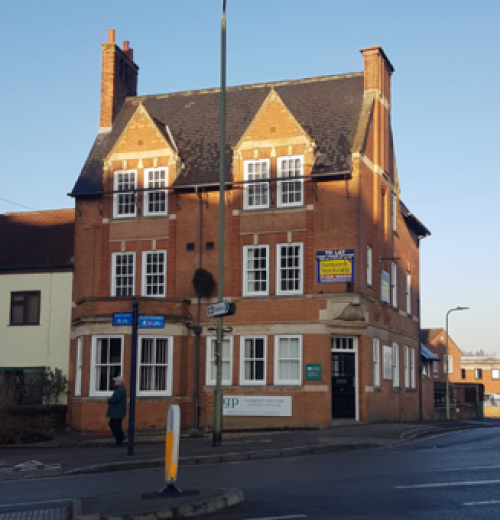 The building has likely links to Thomas Cook and the former Temperance, which was a major societal movement in the 19th Century, Thomas Cook who lived in Harborough was a prominent national figure and with strong links to Leicester and the wider county.

Temperance hotels were established close to railway stations as a means of promoting the temperance movement.

An attractive landmark building on a prominent corner and a gateway feature when approaching the town from the railway and the east. 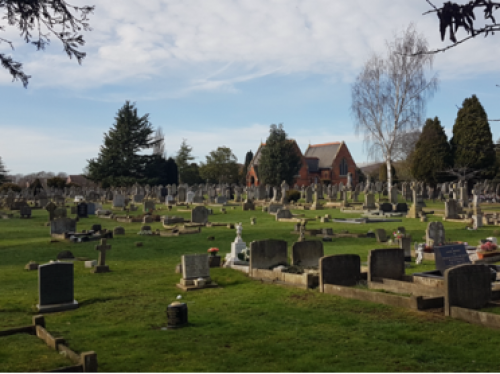 Municipal town cemetery, laid out to accommodate the needs of the town as it expanded in the 19th Century.

Designed layout with central pathway leading to pair of chapels in the centre of the site in a circular island. Decorative wall and gates survive

The green and open landscape retains its historic character. 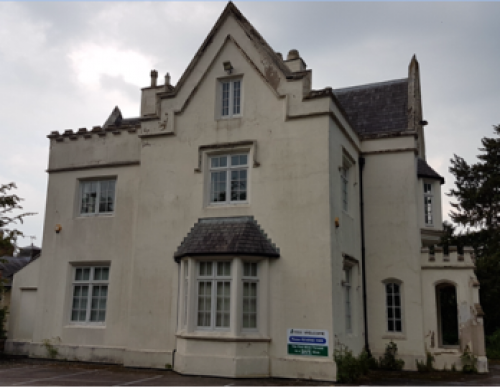 Historic Rectory associated with the adjacent Church of St Leonard and the settlement of Misterton. Historically would have been one of the most important buildings in the village.

Formerly a grade II listed building, however de-listed 2017 due to scale of internal alteration.

Grand building built in the then fashionable 'Gothick' style rendered in stucco with use of decorative features, castellations and chamfered windows.

An attractive, well-proportioned building which is visible within the village and beyond. 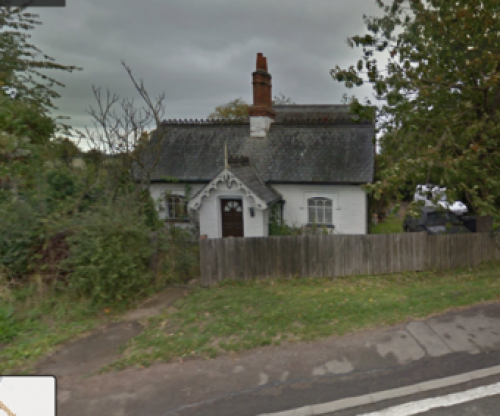 Turnpike roads were developed as a private network of toll-roads which expanded across the country in the early to mid 18th Century. They had a transformative effect on the local highway network and shaped the settlement pattern nationally and within the district.

Chestnut Cottage is a rare surviving example of a tollhouse which would have been common along the route and were where tolls for the route were collected and access to the road was controlled.

Only 2 are known to survive in the district, the other is outside Bitteswell.

The house has been designed in the ornee style being small in size but with decorative details in a gothick style such as the windows and surrounds, central porch and ridge tiles. The square 'hood mould' feature above the windows is a local feature in Tugby.

The building is an attractive feature, which has been extended but the historic character largely survives.

Historic association with the 7 surviving milestones on the Leicester to Peterborough turnpike 5 of which are nationally listed. 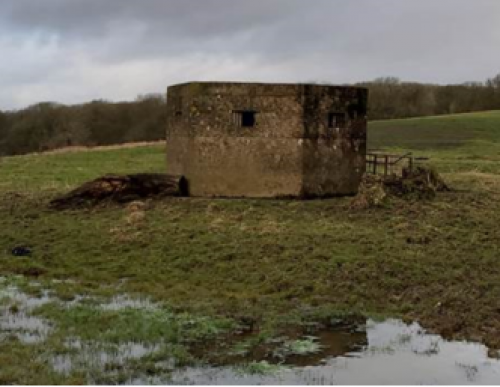 Only one in district and one of 14 within Leicestershire.

Distinctive shape typical of its typology 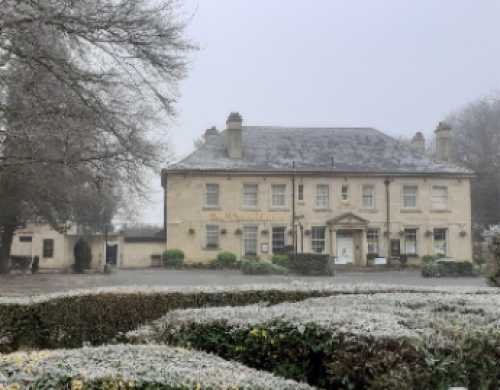 Example of an ambitious and grand residence built by a successful businessman, TH Crumbie in the interwar period, which was characterised by local prosperity and urban expansion.

An architectural curiosity which derives most interest from the use of fine Lincolnshire ashlar limestone with decorative architraves, modillion and doorcase all of which come from Normanton Park.

Building is set back from, but prominent in the street, designed to make a statement.

Tom (TH) Crumbie was an influential figure in the early development of Leicester Tigers Rugby Club.

(12) Do you know any additional historical information that could be added to any of the 16 heritage assets?

(3) Do you think the initial 16 entries on the list reflect the varied heritage of the Harborough district?

(1) Do you have any comments on the assessment criteria and scoring system?

(4) Do you have any further comments?